The alert generator consists of the following modular components

The alert generator functionality is primarily configured as a data sharing project as part of a data sharing agreement with the consent in place to enable the data flow.

The following extensions are also configured

The alert definition consists of a patient profile query operating on a cohort of patients.

The profile definition would include the criteria for record entries examined and the alerting function (e.g. summation of scores or ranks or complex scores)

The alert profile definition can be viewed via the link to the information manager.

Notification of alert and review

The overall process can be illustrated as follows: 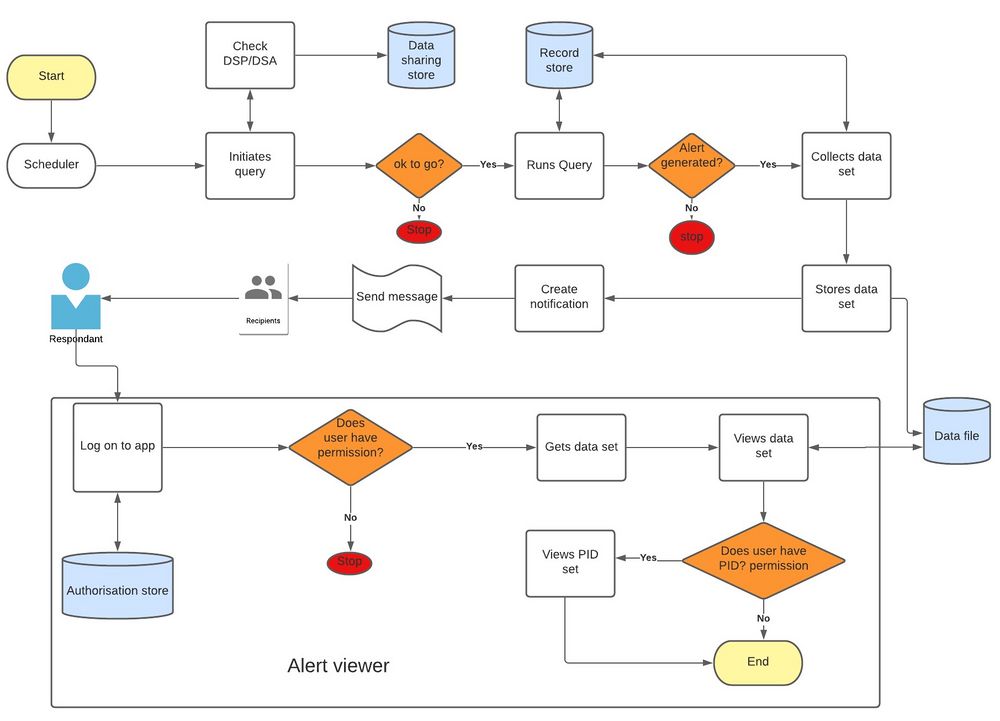 A responder wishing to view the data must have an account and be authenticated with 2FA.

The responder, as a user in role has a set of roles